Notice: wp_enqueue_script was called incorrectly. Scripts and styles should not be registered or enqueued until the wp_enqueue_scripts, admin_enqueue_scripts, or login_enqueue_scripts hooks. This notice was triggered by the wp-imagepaste handle. Please see Debugging in WordPress for more information. (This message was added in version 3.3.0.) in /home/insidebu/public_html/wp-includes/functions.php on line 5663
 FG Urges NCC to Develop New Regulatory Strategies - Inside Business Africa
Skip to content 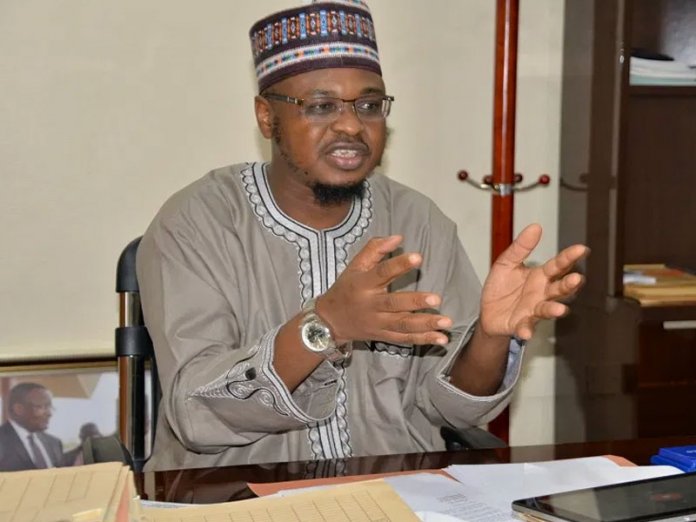 The Minister of Communications and Digital Economy, Dr. Isa Pantami has called on the Nigerian Communications Commission (NCC) to develop new regulatory strategies, especially in the area of SIM card registration, that will enhance effective regulation of the telecoms industry.

Pantami gave the charge recently, during the swearing-in ceremony of the Chairman of NCC Board of Commissioners, Prof. Adeolu Akande,

At the event, which took place in Abuja, Pantami said the NCC Board must “hit the ground running.”

The minister, who said, “there is no time for celebrations now and no time for honeymoon,” declared that “we would congratulate the NCC Board after you must have completed your tenure with resounding successes and achievements that have positive impact on Nigerians.”

The minister emphasised the need for the NCC to totally sanitise the industry of improperly-registered Subscriber Identification Number (SIM) cards and to develop regulations on the number of SIM cards an individual or organisation can have at any particular time, as well as ensure seamless integration of SIM data with the national database of the National Identity Management Commission (NIMC).

Akande, who spoke after the oath of office, assured Nigerians of his readiness to work with other members of the board and management team of the Commission to exceed expectation in providing quality directions for effective regulations of the nation’s telecommunications industry.

Akande, who served as Chairman of the Board of National Information Technology Development Agency (NITDA) before his present appointment, said, “there is no doubt that the NCC, as the nation’s telecom regulator, has a major role to play in the development of the Nigerian economy, especially in the area of effective regulation that can bring efficiency across sectors.”

Akande, was enthusiastic that the telecommunication sector would improve its contribution to the GDP and enhance the status of the security architecture of the country.

According to Akande, “We want to thank everybody who has been with us since our nomination by the President in the last two months. There is no doubt that NCC has a major role to play in our national life at this time, especially in the area of security. For instance, many people on the street believe that security of lives and property will be bolstered once NCC is able to properly address issues connected to SIM card registration because we would have helped to resolve a critical percentage of our security issue significantly.

“I know our minister is someone, who normally set high expectations and standards. I have worked with him at NITDA and I know he is somebody who normally expects the best from his team. To this end, I give you the commitment of the Board and management of NCC to work together to meet and exceed expectations.”

Akande, a professor of political science and notable scholar of media and politics, was nominated by President Muhammadu Buhari as Chairman of NCC Board on December 23, 2019. He was subsequently confirmed on February 5, 2020 by the Senate.

With the swearing-in of Akande and Onwude, NCC now has a fully-constituted Board of Commissioners as stipulated in the Nigerian Communications Act (NCA), 2003, and all the six geopolitical zones are represented on the Board.

The NCC and the telecoms operators (Telcos), recently gave reasons for reallocating dormant SIM cards not in use for a validity period of 180 days, to another subscriber even without the knowledge of the original subscriber.

According to them, SIM cards are a national resource, just like telecoms’ spectrum, which no subscriber can claim ownership of, even though the SIM card is registered in the subscriber’s name.

They, therefore said telecoms operators had autonomous power to reassign any SIM card dormant for 180 days to another subscriber, without recourse to the initial subscriber.

The Director, Public Affairs at NCC, Dr. Henry Nkemadu, said the issue of 180- day validity period, bordered on regulations, which the NCC was empowered to make and publish after due consultations with industry stakeholders, which is consistent with Section 70 of the Nigerian Communications Act 2003 (NCA 2003).