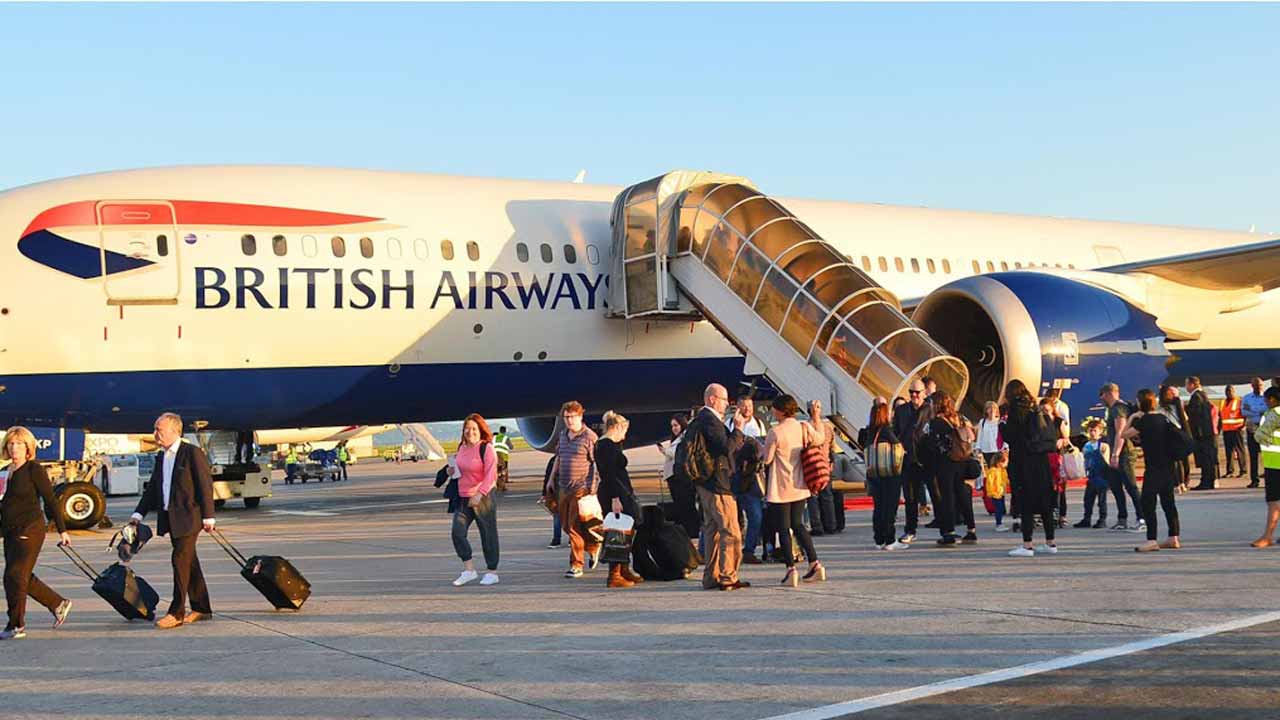 Although flight services have since resumed this week, the dust raised by last week’s disruptions is yet to settle. Just yesterday, a score of passengers arrived Lagos from Accra, Ghana, were they had been ferried and allegedly abandoned by British Airways since last week.

The travellers, who could not make it to Lagos by road at the weekend like others, berated the airlines for “making over 300 Nigerians suffer for the problems at our airport.”One of the passengers, Akintunde, told The Guardian that the airline “dumped us in Ghana, and told us to find our way to Lagos.”

Akintunde, in his 70s, said it was bad that the Lagos airport system failed when it mattered most, but it was worst that “the British Airways did what it always does to Nigerians.”“It is sad that in many years of our lives, our government has not deemed it fit to demand a certain standard of service from these airlines. British Airways has been the worse for treating Nigerians with disdain since the 80s. It is very depressing to see them doing the same to date,” he said.

The airline in a memo sent to stranded passengers, had apologised for the disruption to the flight services. It informed the passengers of inability to continue the flight to Lagos after two days of efforts, and advised them to make their own travel arrangements to Lagos.“We recommend that you make your own travel arrangements to Lagos, as we are unable to operate safely in the coming days. If you wish to travel from Accra – London Heathrow, there is a limited availability of seats to book on. Please speak with our colleagues at the airport to adjust your ticket, subject to availability,” the memo read in part.

Recall that air travel was grounded to a halt last week as harmattan hazy blurred air-to-ground visibility at airports nationwide. While domestic carriers were delayed on the ramp for hours, their international counterparts had to divert Lagos-bound flights to Accra, Lome and Abuja airports over sub-optimal Instrument Landing Systems (ILSs) at the Murtala Muhammed International Airport (MMIA).

Another of the affected passengers, and Head of Business Development for EbonyLife TV, Michael Williams, also confirmed that the British Airways abandoned them in Accra, and told them to find their way to Lagos after two days of waiting in Ghana. Williams made it to Lagos at the weekend through private arrangements.

He explained that some of the affected passengers had to return to Nigeria in chartered bus from Cross Country Automobile Company.He said: “We were supposed to land in Lagos last Tuesday, but unfortunately, there was a weather issue in Lago,s and the flight diverted to Accra, Ghana. We went to Accra and they promised that they would try the next day, Wednesday. We were put in a hotel and we went back the next day, but they said the situation didn’t improve.

“We sat at the Accra Airport, which equally had fog, but the difference was that the facilities were working perfectly as airlines were landing and taking off. So, the following day, which was Thursday, they said the situation had not improved and the pilot told us that it was not the weather challenge, but the landing aids at the Lagos airport were not functioning, which made landing difficult. The pilot said the Instrument Landing System (ILS) at the Lagos airport was not calibrated. They said they had the same situation in January.

“So, by Thursday afternoon, we got communication from British Airways that we should go to the airport to reclaim our luggage because their aircraft had to return to London. I didn’t have any check-in luggage, but I had to follow my friend to the airport. It was at the airport that British Airways told us that they have cancelled the flight, and we should find our way to Lagos. They said we should keep our receipts in order to claim all expenses we may have incurred. They said henceforth, we will be on our own as the hotel and feeding they paid for would elapse by that Thursday.

“They also gave us the option of returning to London with them with that aircraft or the regular Accra-London flight. What we realised was that because we were on our own; we had to take decisions on our own. So, we decided to come back by road from Accra to Lagos,” he said.