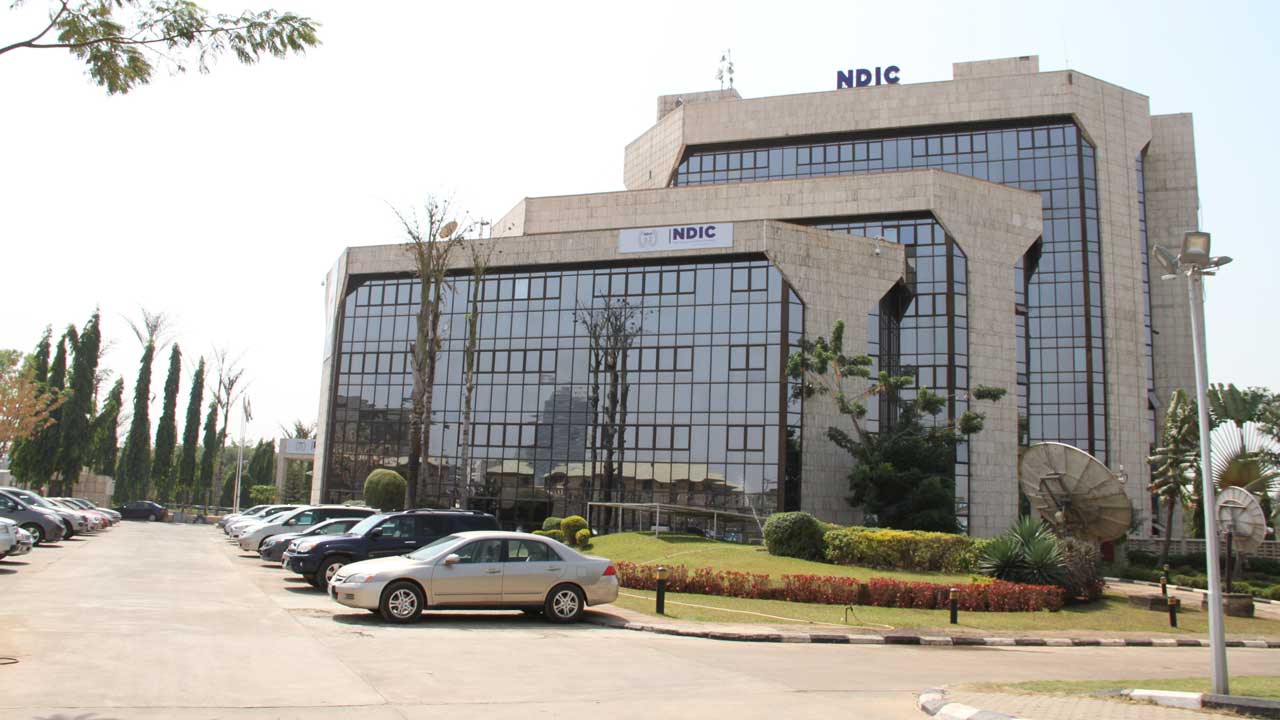 The Nigeria Deposit Insurance Corporation (NDIC), weekend, disclosed that has liquidated about 425 banks, due largely to bad loans in the past 22 years. The Corporation, in collaboration the Central Bank of  Nigeria (CBN), also said it has worked out a system, which allows a debtor’s fund domiciled anywhere outside the bank owed to be withdrawn to service the loan that is not being serviced by the delinquent customer.

An Assistant Director, Insurance and Surveillance Department, NDIC, John Kayode Abiodun, disclosed this in a lecture, titled: “Speedy Banks Resolution Strategy,” at the 2020 Finance Correspondents Association of Nigeria (FICAN) forum, in Abuja.He declared that the new loan management strategy by the two regulatory institutions is backed by the Bank Verification Number (BVN) regulation, which is known to loan seekers.

He gave the breakdown of the liquidated institutions as: 51 Deposit Money Banks (DMBs), 325 Micro Finance Banks (MFBs), and 51 Primary Mortgage Banks (PMBs).
Abiodun said, “through efficient and diligent liquidation activities, the Corporation has successfully paid in full the deposits of the customers of 18 DMBs (both insured and uninsured), while payment to depositors of Fortune International Bank, Triumph Bank, and Peak Merchant Bank, was put on hold as at end of 2019, due to litigation challenging the revocation of their operating licences.”

He decried that “the effectiveness of the NDIC’s efforts in failure resolution had been impaired by a number of constraints and challenges, which included: delays in revocation of the licences of terminally-distressed banks; depositor and creditor apathy and ignorance (delay in filing claims); and recovery of debts owed the failed banks.”

Of particular concern to the NDIC, he said, is the “legal actions of owners of closed banks; protracted litigations; disposal of low quality physical assets of the closed banks, and provision of timely liquidity support.”

Other challenges include, “delay in the NDIC Act proposed amendments; poor Corporate Governance; poor record keeping by banks; poor lending culture; uncooperative attitude with the bank closing team; slump in property market, and court sympathy for debtors.”Abiodun noted that before the Corporation moves to liquidate a bank, it looks out for observed deficiencies known as Early Warning Signals (EWS) that raise a red flag.

Financial red flag can include but are not limited to: failure to meet the minimum Capital Adequacy Ratio (CAR) of 10 per cent (National Licence), rising Non-Performing Credit (NPC) to Total Credit (TC) Ratio of above five per cent, failure to meet the prevailing minimum Liquidity Ratio 30 per cent, high Total
Expense to Total Income Ratio, and high incidences of fraud.

Abiodun identified the causes of bank failure to be, insider abuse, abusive ownership and weak Board of Directors, weak corporate governance, poor risk management Process, inadequate capital, weak regulatory and supervisory measures as well as economic and political factors.He concluded that “liquidation of a failed bank through revocation of licence becomes the final bus stop when all efforts made by the shareholders and regulatory authorities do not yield the desired result. Once a bank’s licence is revoked, NDIC takes over for liquidation.”