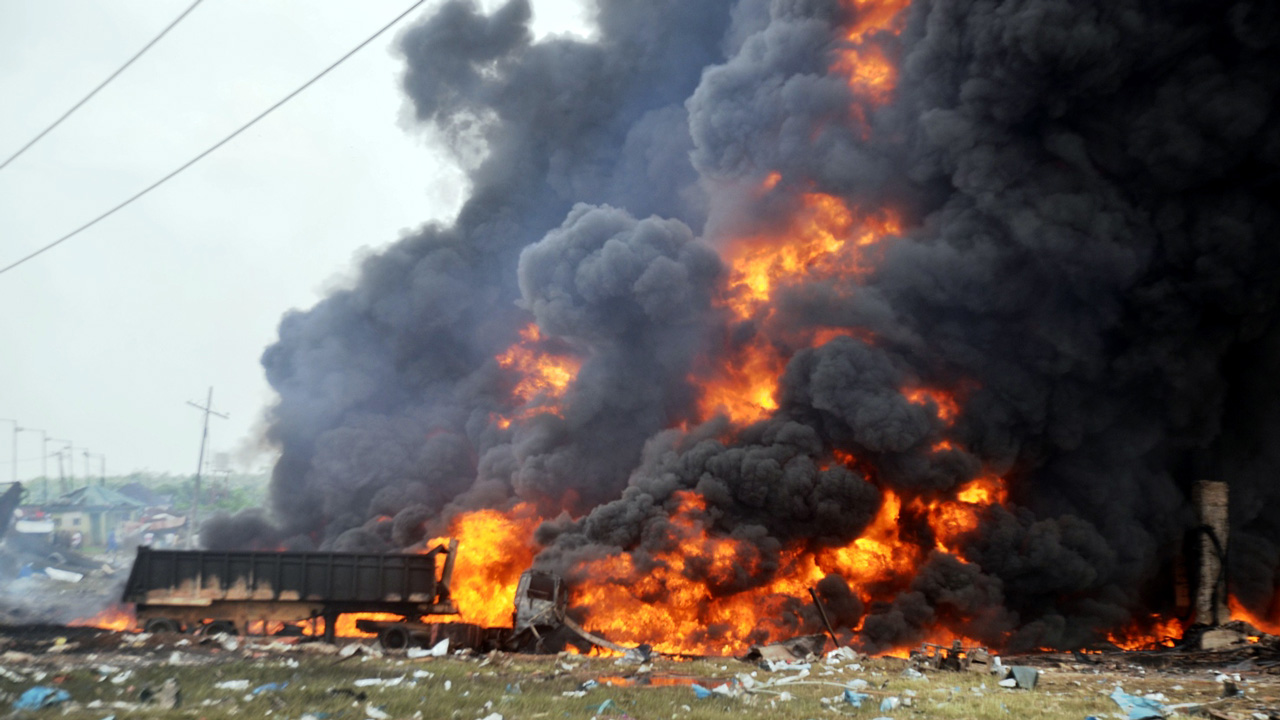 The Nigeria LPG Association has contrary to widespread claims, denied that the Abule Ado Lagos explosion, which culminated in the dearth of 20 persons and destruction of about 50 buildings was caused by cooking gas.

The Executive secretary of the association, Olakunle Oyebanjo, stated that the accident was not precipitated by LPG (cooking gas), adding that the explosion was atmospheric, suggesting massive petroleum products vapour cloud that ignited.

The NLPGA said: “The energy in the explosion, which in fact was more likely a detonation (an explosion with a shock wave travelling at supersonic speed), was massive, requiring fuel in the magnitude of several hundreds of metric tonnes. This is consistent with fuel being supplied from a pipeline.

“The fire was brought under control after several hours, which meant that it had a continuous supply of fuel for some time (it was later reported that pumping was ordered to stop from the petroleum products terminal to the inland depot sometime around the same time).

“The Nigerian Emergency Management Agency (NEMA) who also visited the site gave their own account of the cause and made no mention of natural gas, LPG nor gas plant: “The explosion in Abule-Ado, a suburb of Lagos, was caused by too much pressure on [the] pipeline.”

The association stated: “We would urge the authorities to continue with an impartial, independent and transparent enquiry of this unfortunate accident and a swift release of the independent inspectors’ report.”

According to the association, “In the early hours of Sunday 15 March 2020, a catastrophic explosion occurred, which was powerful enough to be heard several tens of kilometres away from the epicentre. There were immediate pictures circulating depicting the devastation to houses, and unverified video showing what we estimate at several hundred tonnes of petroleum products spewing out of a ruptured pipeline and a rapidly expanding petroleum products vapour cloud.

“Eye witness accounts pointed to an atmospheric explosion / detonation, which is consistent with the presence of a large flammable vapour cloud. As is often the case, some immediate official accounts of the incident mentioned a “gas plant” and “gas processing plant”.

“The ExCo of the Nigeria LPG Association (NLPGA) along with their technical experts mobilized to the accident scene on Monday 16 March 2020. Whilst on site we also interviewed several people, as well as the CEO of the Lagos State Emergency Management Agency (LASEMA), who provided additional useful information as to possible causes.”

It went further saying: “The devastated area had an approximate radius of 2km with hundreds of houses, physical structures and vehicles damaged beyond repair. The epicentre appeared to be a burnt-out articulated truck at the epicentre, which eye witnesses reported had broken down early on the morning of Sunday 15, 2020 whilst it was straddled across a major petroleum products pipeline. This pipeline runs from one of the major petroleum products import terminals in Apapa across to a large inland depot.

“There, we observed a number of 50kg LPG (cooking gas bottles) numbering about 20, but most were intact (that is not damaged at all), despite being next to burnt out cars, and a couple had imploded (not exploded) pointing to external pressure. At the end of the long road bordering the petroleum products pipeline in Abule Ado, was a gas plant. This plant was in clean condition, was outside the area of devastation and had been shut down after the accident as a precautionary measure.

“There was an overpowering odour of mercaptans (a pungent malodorous chemical present in petroleum products such as gasoline) in the area. The soil and atmosphere remain saturated with flammable hydrocarbon, and several pools of oily water around the identified epicentre.”

The NLPGA reiterated that the fire, as documented in pictures and in several independent videos was black and heavy with soot (whereas, gas burns with a clean flame).