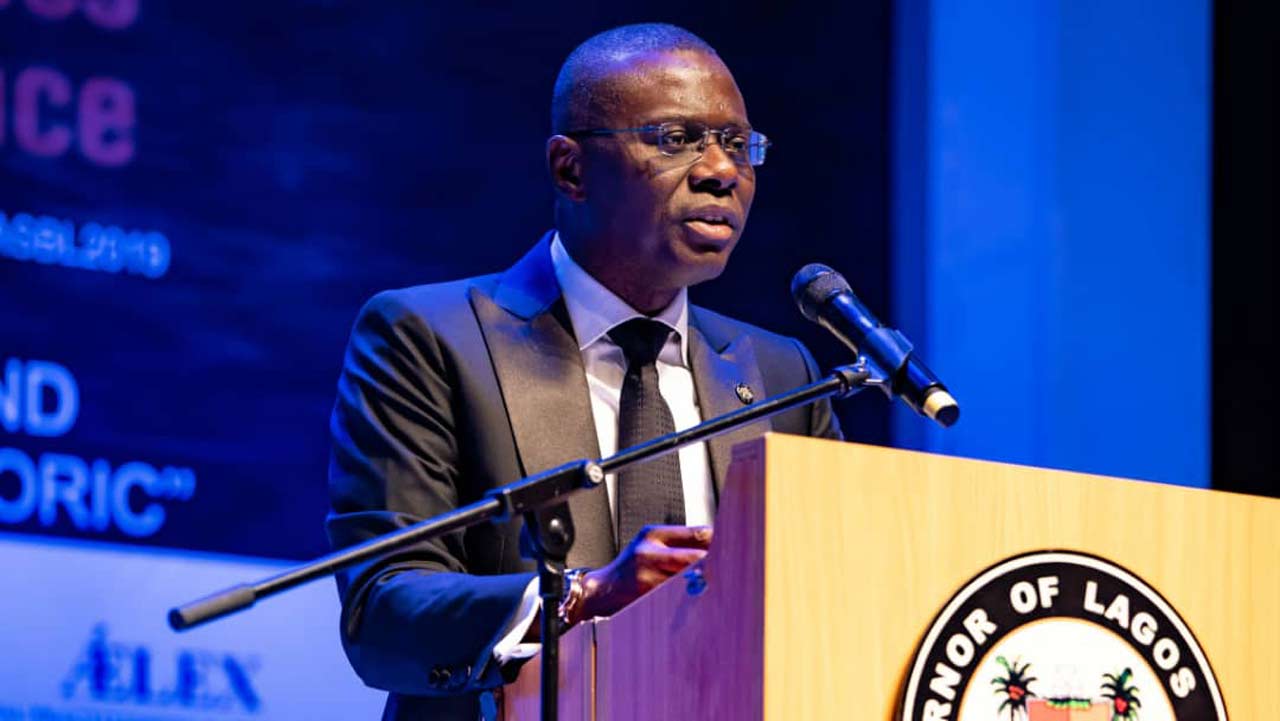 At the outset of the current fiscal year, the State House of Assembly approved a N1.168-trillion worth budget meant to impact lives and enhance the standard of living of Lagosians.

But then comes the novel coronavirus, and like experts noted, “No economy is spared from the fall-out from COVID-19 outbreak,” given the unprecedented impacts across economies. As a result, Lagos needed to re-think and re-order its projections across priority lines. Besides, while the International Monetary Fund (IMF) envisages that

“The COVID-19 pandemic will have a substantial economic impact on sub-Saharan Africa,” the World Bank warned of “major global recession” due to the spread of the pandemic. To reduce the economic risks and avert recession, Lagos State following in the step of the Federal Government needed to take proactive steps as the nation’s commercial nerve centre to review its fiscal estimates downward.

Accordingly, a new proposal for approval to the legislators will see the size of the current budget dropping to N920billion.

Basis for new projections
From its assessment of the new economic reality, Lagos State felt the pandemic presented a twin-challenge – one relating to demand push because people are no longer buying due to fall in disposable income; and the other supply push, as industries are not producing enough due to the global economic lockdown, which also affected supply chain.

Based on this assessment, the Commissioner for Economic Planning and Budget, Sam Egube, said the State had to assume a U-curve recovery plan in acknowledgment of a downturn that will linger for a while before activities can pick up. This is because in quick response to the outbreak of the coronavirus in Lagos on February 28, when it recorded its first case, the Government locked down the system, as did many others where such cases were recorded.

Secondly, the state looked at all its sources of income – Federal allocations (18 per cent of revenues) dropped due to over 60 per cent fall in oil prices; Naira depreciated because Nigeria is import-dependent; internally-generated revenue (IGR), including value added tax (VAT), could fall between 21 and 30 per cent due to the economic lock down. There was therefore a need for reform of the operating environment, as it gradually eases up to enhance the ease of doing business in Lagos.

Besides, hunger was posing an even greater challenge than the coronavirus, because majority of the people were not in paid employment but operated in the informal sector, and therefore lived on daily means.

Immediate responses
As the coronavirus spreads, Lagos State pursued aggressive health responses by setting up centres in various locations, instituted immediate social intervention through relief to the poor and vulnerable, and setting up measures to increase agricultural output to enhance production, supply and reserves to avert food shortages and starvation.

Also, it commenced economic intervention via support programmes for small businesses, diversification and integration through technological and industrial hubs, fiscal consolidation with staff and salary retention, and retrain them on new skills (virtual/digital). It also engaged in cost reduction by eliminating non-essential expenses and investing in priority areas/sectors.

As PricewaterhouseCoopers (PwC) predicted in one of its recent reports, “Worse events (are) still ahead as demand may dip further in half-year 2020 and beyond, if factories and airlines remain closed, even as movement of people and goods within and between countries are largely restricted.”PwC also urged that Nigeria should expect “an unprecedented economic shock,” even as it believes that “comprehensive structural reforms could reduce impact.”
New realities

Egube noted that slowdown of economic activities means that “Our revenue has dropped, and our Gross Domestic Product (GDP) would also shrink. When we did the financial modelling and worked on the scenarios, even though the World Bank and IMF had said Nigeria’s GDP would go down as much as about 3.6 per cent. For us in Lagos, we felt it would be about three per cent and that for Lagos is equivalent to N2.3trillion in output losses. That loss has a direct relationship with unemployment.

Accordingly, in the area of Health, the Commissioner said since COVID-19 is both a health and an economic pandemic, even as the latter would outlive the former, “the actions that we would be taking on health, are same actions. It is just that now; we must accelerate them.”

Besides, given the crisis situation, coupled with hazard allowances, it had to retain existing projections, but at a higher cost of N108billion (28 per cent of budget expenditure), which will also be deployed into other kinds of medical researches. “The idea is for people to come together and come up with technological solutions that we can use in the state.”

Egube continued: “When we were preparing the 2020 budget, we didn’t have COVID-19 in mind, which meant that we expected that things would be normal. So, we looked at the revenue projection of N1.017trillion and our budget size was N1.168trillion. When we did our first quarter review, things still looked quite firm and despite the challenges; somehow, Lagos was still able to come out with a positive variance on our revenue.”He noted that despite exceeding the first quarter targets, as unaudited results showed about six per cent increase or 106 per cent of the expected revenue, the urgency for more fiscal interventions is not lost on the state.

He said: “We felt that IGR would drop at between 21 per cent and 30 per cent and that would result in shrinkage in the budget. So, what you would then see is that after a lot of permutations and adjustment, you can see that revenue is dropping by 24 per cent in the current proposed budget.

“If the revenue drops by 24 per cent, and the expenditure drops by 21 per cent, it means that it is being covered by an increase in deficit from nine to 11 per cent. So, we need to readapt going forward, because every projection is at high risk, as the coronavirus itself is not well-understood by scientists.”

How to proceed
The Budget Commissioner said the state identified the need for further economic stimulus, by proposing the creation of a Stabilisation Fund, to consist of at least one per cent of the yearly IGR to cushion economic shocks.

“This is provision that was made in the new budget, and by the grace of God it will be approved. Subsequently we shall have a guideline as to what constitutes the window around which those funds can be accessed. I am sure a bill will follow as to how it will be done; it will not just be spent. It is money that has to be used only when certain conditions happen and it will be guided by law,” he explained.

Apart from the Fund, he said the state had to adopt three additional measures. “Firstly, we needed to maintain a very strong pandemic response. Second, we needed to restart the Lagos State economy, and thirdly, we needed to re-imagine the way Lagos State operates. But to do all of that, the first thing to do was to lockdown so that you can first of all assess what is going on an how we intend to proceed.

“So, there is going to be a shift and we are proposing to the state House of Assembly, a reduction in our budget from N1.168trillion to N920billion, which is a 21 per cent drop.”

“If you look at the Lagos State 2020 budget, you will see that the revenue is N1.1trillion. That is broken down largely into federal transfer of about N185billion and IGR of N886billion. What that means is that the proportion of stimulus that would affect our total revenue is a small portion, which is about 18.5 per cent. The plan was to use N418billion for recurrent; and N711billion for capital.”

How these will impact Lagosians
While reassuring that rather than doing less, it will do more; the state acknowledged that now is not the time to sack people or reduce salaries, unlike what is prevalent in other sectors, particularly, the private sector; instead, the state is willing to make more sacrifices to intervene with people.
Egube argued: “We have to keep people on their job; even if you send them away, you will still need to be sending palliatives to them wherever they are. So, we didn’t touch our personnel cost. Overhead is to come down by 20 per cent and capital expenditure down by 29 per cent, and the outcome is the deficit moving from N97.5billion to N108billion.”

In response to the IMF/World Bank observation that there are more people in the informal sector, who need to need to go out to work to feed themselves and their families daily, Lagos plans to create more skills acquisition and shared facility centres for women, vulnerable, and indigent residents in five council areas where tools and machines for fashion, leather works and others would be provided.

Egube clarified, “We know where the jobs are – in agriculture, construction, drainage, which are the major arteries around which jobs come. For the technology hubs and businesses, the whole idea is that if we develop our technology infrastructure well, then in a time like this when people can’t travel, people can work in Nigeria for companies all over the world, and that is why you need those hubs to be functioning. But those hubs won’t work well if the internet is sluggish.”

In the area of agricultural development and food security, Egube stressed the need to step up production, as even without COVID-19; many of the people were already hungry, while the pandemic has worsened the situation.