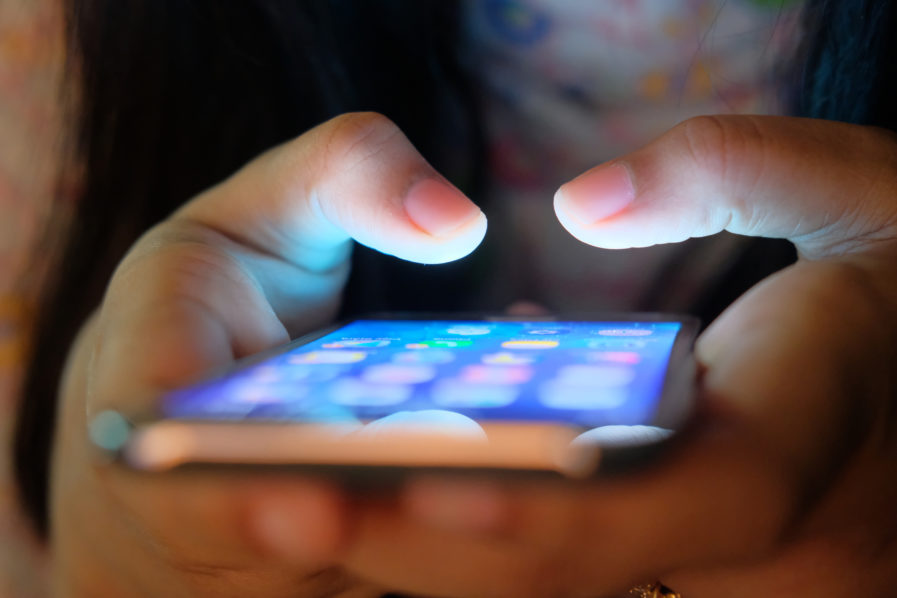 The Nigerian Communications Commission (NCC), has explained why telecoms consumers are witnessing faster data depletion since the beginning of the lockdown.

The Commission, in a public notice, also gave reasons for the various factors affecting the consumption of data.

The Director of Public Affairs, NCC, Dr. Henry Nkemadu, in the notice, said: “The nature of technology (2G, 3G or 4G ), the quality of the network, the speed of the download, the type of websites you visit, the specifications of your handset, and so many other factors contribute to your data consumption.”

NCC disclosed that during the lockdown, which commenced on March 30th in some states, it received a total of 76 complaints, 58 of which were said to be related to unsatisfactory data services.

It, however, added that 68 of the grievances lodged with the commission during that period had been resolved.

The Commission stated: “Your data is used whenever your phone connects to the Internet. The following activities are the most common uses that reduce your data: Sending and receiving emails; downloading and uploading files (pictures, documents, videos, among others.). The larger the file, the more the data consumption browsing the internet; the more pictures, videos or graphics on the websites visited, the more data is used.

“Instant Messaging – like WhatsApp, Facebook Messenger, Snapchat, etc, streaming music/ videos on YouTube, Hulu, Netflix and other channels and games use a lot more data than most people imagine due to the intense graphics and algorithms that power them. So also are Social media applications such as Facebook, WhatsApp, Twitter, Instagram, etc, video-chatting and conferencing applications like Zoom, Skype, WhatsApp Video, among others.”

Meanwhile, Zinox Group Chairman, Leo Stan Ekeh, has hailed Imo State Governor, Hope Uzodinma, for crashing the Right of Way (RoW) charges in the state by over 96 per cent.

The Governor had recently signed an Executive Order No. 002, 2020, which slashed the current charges from N4,500 to N145 per linear meter as stipulated by Federal Government policy.

Ekeh believes the development is a step in the right direction for the government and people of Imo state.

‘‘I sincerely think this is the best palliative citizens of Imo State and corporate organisations doing businesses in Imo have received this season. We intend to roll out multi-million-dollars optic fibre infrastructure across Imo, Anambra, Enugu, Ebonyi, and Abia states based on our signed partnership with the Federal Government on InfraCo project. This will significantly alter the destiny of people living in these states and connect them to the global community in no distant time.’’
Further, the Zinox Chairman affirmed that the move by the Governor will go a long way in accelerating the pace of technological and overall human capital development in the state.

‘‘I commend the Imo State Governor, Hope Uzodinma, for the uncommon courage, political will and leadership he has shown by being the first governor in the South East to reduce the Right of Way charges.

This decision alone has the potential of encouraging more corporate organisations and strategic investors to make critical investments in the state. In addition, it is bound to usher in all-round development, especially by helping citizens of Imo State take their rightful place in the contemporary economy as global citizens, while enhancing their businesses and lifestyle.

“With this development, the average Imo citizen will, in no time, have increased access to the Internet and the limitless opportunities therein. This will equally stimulate many other sectors of the economy including e-learning, e-Health, e-Commerce, among others, and put the state at par with civilised states in other climes. I congratulate the governor for this laudable step,” he stated.

Ekeh, who urged other governors in the South East to borrow a leaf from Uzodinma’s example, added that people of the South-East face an uncertain future if governors do not make critical decisions or investments that would better their lot.

“Other governors in the South East can borrow a leaf from the example set by the Imo State Governor. It is a very important development that would go a long way in positively altering the development narrative. Actually, the South East is in dire need of these kindss of specific interventions due to the peculiar challenged faced by states in the region,” he noted.