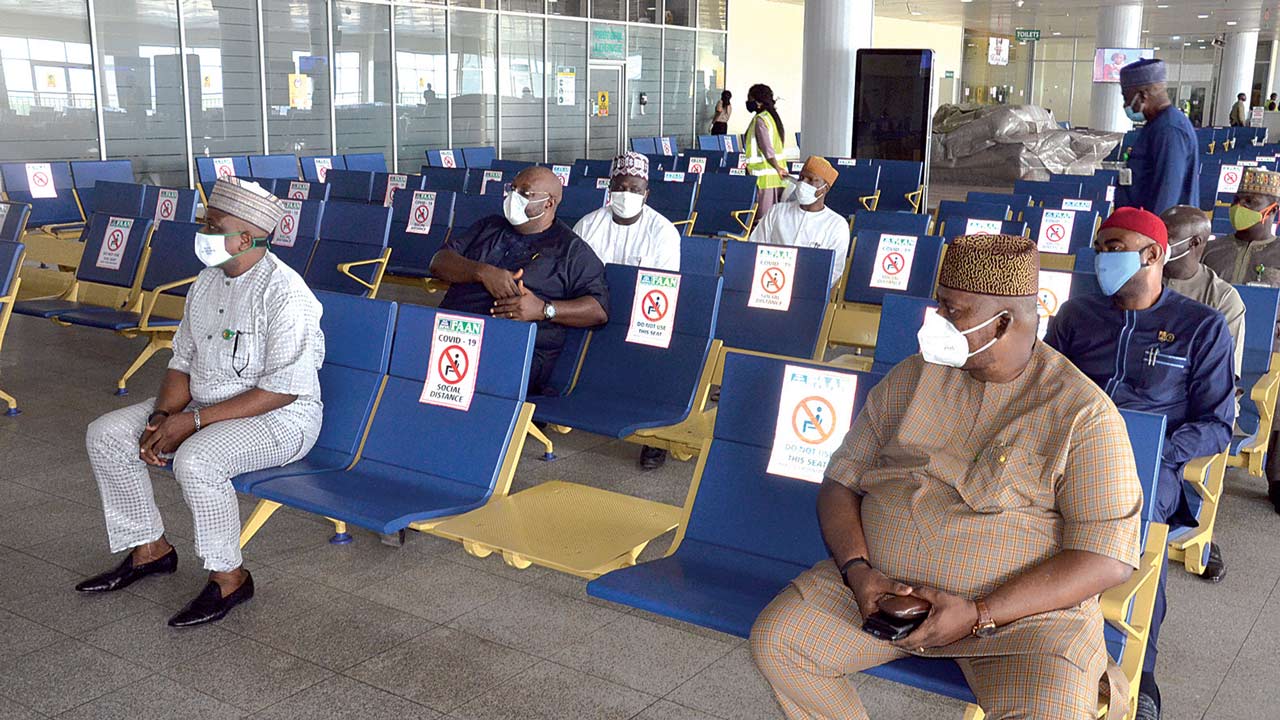 Meanwhile, the Federal Government has insisted on compliance with the standard safety and security protocol, to avoid the closure of recently reopened airports.To date, a total of 10 out of 22 airports have opened for local flights operations, amid very low patronage and operating number of flights.

The Calabar and Yola airports were the latest to be inspected and found compliant with the provision of COVID-19 restart guidelines and health protocol, in addition to being authorised by the Nigeria Civil Aviation Authority (NCAA). The airports were, however, yet to receive commercial flights as at the last check yesterday.

The Minister of Aviation, Hadi Sirika, said they were under a lot of pressure to reopen the airports, and also contends with complaints on why certain airports were opening before others.

Sirika said: “Unfortunately, we are living in a country where everything is polarised and trivialised. I remember receiving lots of questions regarding why we did not open at least one airport in each geo-political zone, amid pressure to open Owerri.

“We did open Owerri because we believed Owerri was good to go. If Owerri was not ready, we would not open it. Now, we are also receiving pressure from Sokoto. If we find out that we cannot open because of one reason or the other, we will not open it.” He said airports were being opened based on their compliance with the COVID-19 safety protocol, adding that Kaduna and Yola, were given a second inspection to ensure everything was set.

“Calabar was inspected and ready for use. We had our challenge with one of the security equipment, and once that is dealt with, Calabar reopens and as well as Sokoto.

Sirika said notwithstanding the COVID-19 demands, the government and airport management were at liberty to open or close airports as the situation makes imperative.

“Please note that you can wake up tomorrow and find that we have closed Abuja, if we have a need to do so. It is not any consideration of geographical spread or federal character.” He added that some of the airports are not yet ready for inspection. But when ready, they would go there for certification.

“We will inspect Katsina and Kebbi soon. Benin, Akure, Ilorin, and Ibadan are not ready for the inspection according to the airport managers. From July 20, we will get into these airports to ensure we do the needful and also open them.

“Makurdi is scheduled for inspection. We will try to pair it with Jos. Some of those we are awaiting to send in their plans for restart are not airports owned by the FG. They are like Bauchi, Gombe, Asaba, and Escravos. However, Dutse, and Osubi are FG owned. We will wait until they tell us that they are ready,” Sirika said.