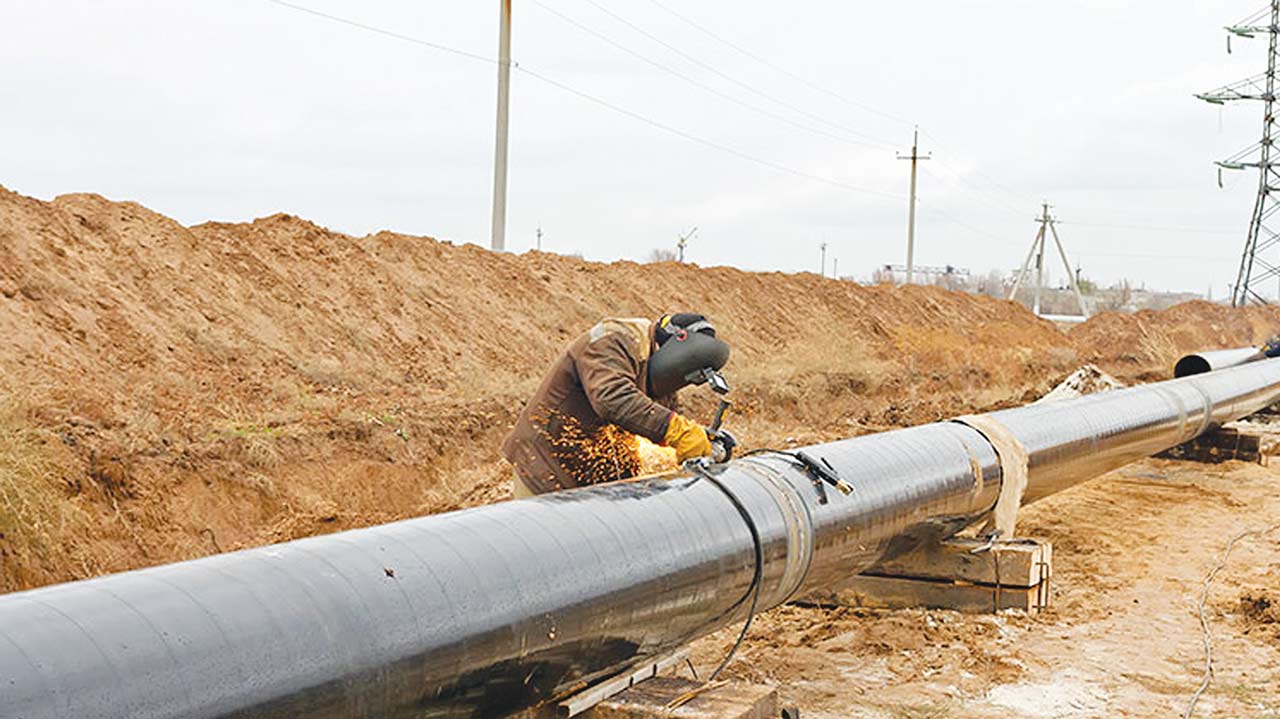 With glut in the Liquefied Natural Gas (LNG) sector, a new report from the Oxford Institute for Energy Studies (OIES), has stated that the margin for exporting the product remains negative, and could remain so for the duration of 2020.

As calls for local consumption of gas intensifies, especially for gas-to-power, Nigeria may take advantage of the low prices to increase supply for power generation.

According to the report, the LNG glut is hurting both buyers and sellers. This means that an average U.S. LNG cargo would not cover its short-run marginal cash costs delivering to Europe or Asia at current prices,” OIES said.

Meanwhile, analysis of S&P Global Platts Analytics data has shown that exports of LNG from West Africa’s four producers have revealed some resilience, despite economic turmoil triggered by the coronavirus pandemic.

Total LNG exports from the four exporting countries in the region – Nigeria, Angola, Equatorial Guinea, and Cameroon so far this year are broadly in line with volumes supplied in the corresponding period last year, the data show.

That is despite sharp falls in LNG utilization rates in other parts of the world, particularly in the US, while spot-exposed Egypt has halted LNG exports altogether.

Nigeria is exposed to the spot market with around 50% of its LNG exports last year sold on a spot or short-term basis, according to industry group GIIGNL.

But Nigeria’s LNG exports in 2020 have stayed strong despite weaker demand and low prices, with some 11Bcm exported in the first five months of the year.

Although some cargoes had taken longer to reach their destinations, while other loaded ones have been idling at sea in recent weeks, exports continue out of the country’s only LNG plant, the 22million mt/year Nigeria LNG facility.

“With supply to the Nigeria LNG facility being associated with gas, LNG exports are to a degree driven by domestic oil production, which Platts Analytics estimates fell by around 5% over the first five months of the year,” Platts Analytics’ LNG analyst, Luke Cottell, said.

“This meant we saw little change in LNG exports year-on-year, although a record volume of Nigerian LNG on the water in late May, was indicative of the difficulties such cargoes faced in finding a home amid record low prices in both Asia and Europe,” Cottell said.

During a webinar on the country’s petroleum sector in June, the Group Managing Director, Nigerian National Petroleum Corporation (NNPC), Mele Kyari, said a shortage of gas had made it difficult for the country to make use of its installed capacity.

In the coming months, Nigeria’s oil output may fall as it moves to fully comply with its OPEC+ production quota. As a result, Cottell said LNG exports are likely to be curtailed in tandem.

He said that while pipeline gas exports from North Africa had been hit by the slowdown in demand; LNG exports had been fairly resilient.

The worldwide glut has funnelled more natural gas into storage around the world. With storage elevated in Europe, the market signalled that supply cuts were necessary. The U.S., which has the most flexible contracting terms (which the industry sold as a feature), is shouldering the burden of rebalancing.

U.S. LNG exporters have seen dozens of cancelled cargoes because of the glut, although for companies like Cheniere Energy, their finances are somewhat protected because buyers still have to pay fees even if they cancel the cargoes.

The markets are pricing in an improvement in 2021, which is based on “either a very significant surge in Asian gas demand in 2021 or another round of LNG shut-ins to support the gas price,” OIES said. The report forecasts margins remaining below levels that might signal new investment in new capacity through the end of 2023.

“It is therefore clearly relevant to ask whether we should expect to see any new U.S. LNG investment decisions being taken in the foreseeable future, especially with buyers not rushing to sign new long-term contracts,” OIES wrote.

The pandemic-related downturn is hollowing out investment in both oil and gas. The number of projects receiving final investment decisions is expected to fall by 75 percent this year, according to Rystad Energy. The total amount of money funnelled into new projects will drop to just $47 billion, a very low number that is actually inflated by a set of projects in Norway and Russia. In 2019, the amount of money invested in new oil and gas projects reached $197 billion.