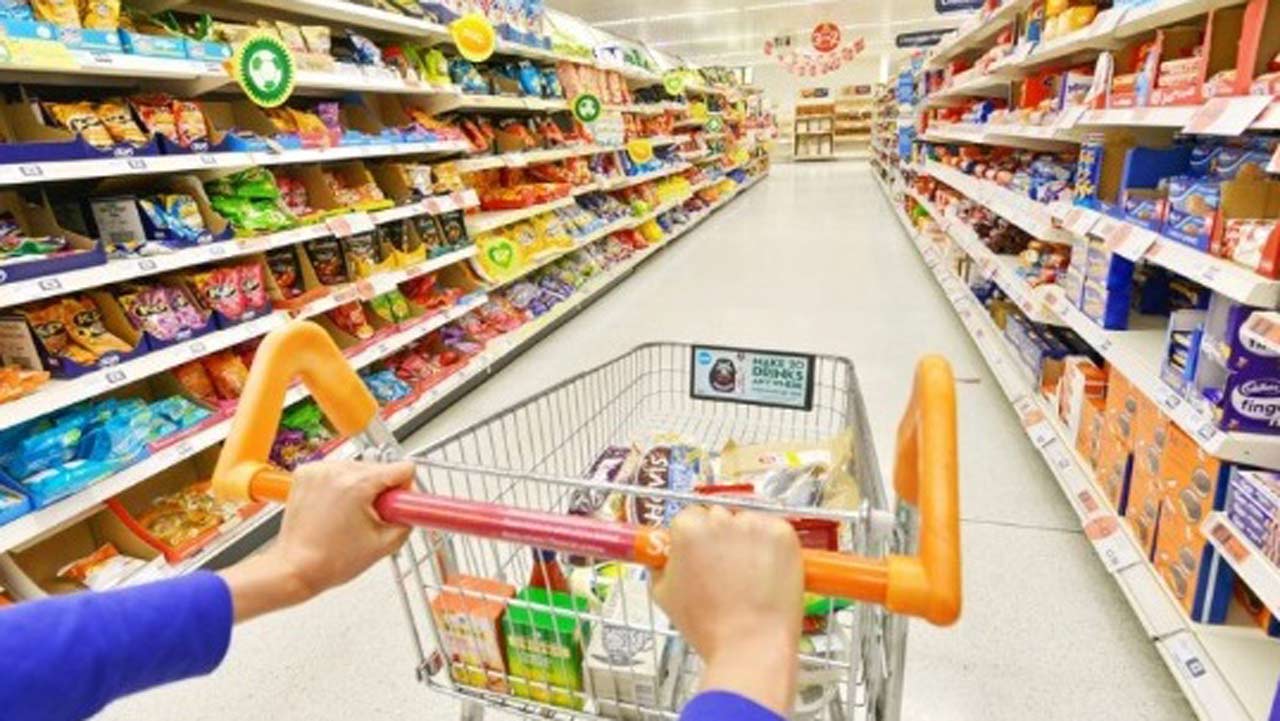 The negative impact of Coronavirus pandemic has not only been felt across sectors in Nigeria, the consequence of the lockdown on the economy is disheartening. Many businesses, especially during the lockdown were not functional, while those who opened for business or were allowed to operate did so at below optimum. This made many workers to lose their jobs, while those who did not, were not fully paid, as salaries were slashed. All these had an effect on the supply and demand chain.

Another consequence was the upward review of the prices of goods and services by many companies. Surprisingly, when the negative effect of the pandemic was beginning to manifest, the Federal Government increased the Value Added Tax (VAT) from 5 per cent to 7.5 per cent.

The Lagos Chamber of Commerce and Industry (LCCI), in reviewing the impact of the pandemic on the economy, stated that it sees the short to medium-term outlook for the economy as bleak, as the pandemic has led to an unprecedented collapse in commodity prices, capital flight, turmoil in the capital market, supply chain disruption across sectors and destabilisation of commercial and economic activities.

The gains Nigeria was recording before now in terms of improved economic index pre-COVID-19 were all gone. After slipping into its first recession in 25 years in 2016, growth in Nigeria’s Gross Domestic Product (GDP) returned, but remained below population expansion, meaning that Africa’s largest economy’s per capita declined between 2017-2019. The economy had begun to show promising signs of recovery until COVID-19 pandemic slowed this progress and has continued to do so.

Evidence was what the Central Bank of Nigeria did in March, when it adjusted the forex exchange rate to N360 per dollar from N307 per dollar, aside abolishing the N325 and N330 concessionary rates.

Not done, four months afterwards, the CBN tactically devalued the naira again, when it adjusted the value of the naira to exchange to the dollar at N381. The apex bank claimed it was parts of measures to converge the nation’s multiple exchange rates and ensure stability on July 7.

Although the CBN did not officially declare the devaluation, information on the website of FMDQ OTC Securities Exchange on the CBN official rate showed a 5.54 per cent change from N360 per dollar to N381 per dollar.

This has implications for businesses, especially those that are import dependent. And the case is made worse as the exchange of naira to dollar is even higher in the black market, where some manufacturers and importers source their forex.

In all, businesses were significantly destabilised, especially the informal and the Medium and Small and Micro Enterprises due to their lack of adequate cash buffers to withstand the shock. This was buttressed by the survey conducted by the Lagos Chambers of Commerce and Industry (LCCI) on the COVID-19 crisis impact on Lagos business community, which revealed that 81 per cent of the respondents were ‘severely’ affected by the pandemic with the median daily revenue loss of N500, 000. No wonder, the Nigerian government had to roll out series of palliatives to cushion the impact of the pandemic on the people, while the Central Bank of Nigeria (CBN) also came up with some interventions to support businesses to cushion the effect of the crisis and help rebound the economy.

The consequences of the negative impact of Coronavirus, devaluation of the naira and increase in VAT led to a rise in the prices of goods and services across sectors in Nigeria. For instance, a trader, Mrs. Mulikat Adesola said a carton of apple she used to buy for between N8,000 and N8500, now cost N12,000. For another resident, Emem Peace commuting to office daily has been at extra cost, as her transport fare from Kilo in Surulere to CMS, which used to be N200 is now N500.

Also speaking, Opeyemi Olorunyomi said a carton of Campari drink, which sold for N50,000 now cost N70,000. The logistic industry that services most businesses and industries has also raised the charges by about 30 to 50 per cent.

Even the PayTV industry has not been left out, as StarTimes recently announced an increase in subscription fee, which took effect August 1. The company announced an average of 22 per cent increase across its various bouquets subscription rate. The PayTV said then that from August 1, 2020, StarTimes Basic Bouquet subscribers will now pay N1,700 as against N1,300 monthly to enjoy close to 80 exciting channels. Classic Bouquet subscribers will pay N2, 500 as against N1, 900 monthly to keep enjoying close to 100 channels.

The company argued that the increase in prices was as a result of some factors including, Federal Government’s VAT increase effective February 1, 2020 and the impact of the foreign exchange rate on its business.

Speaking on the challenges that the company is facing in its quest to provide cable TV entertainment to subscribers, the StarTimes Marketing Manager, Viki Liu said that earlier this year, the Federal Government increased the rate of the Value Added Tax (VAT) from 5 per cent to 7.5 per cent. “This increase did have an effect on our cost but in consideration of our customers’ plight, we continued to bear that extra cost.”

She further said the impact of foreign exchange rate has had an overwhelming adverse effect on its business, because it was not exempted from the effect of the naira depreciation affecting all businesses in the country.

“All of our foreign content is bought in dollars and to continually serve our subscribers the best content; we have been constrained to make the slight review on our subscription rates. The decision to make this review is based on compelling external factors beyond our control,” she said.

So, it would not be surprising if other PayTV service providers that had not increased their subscription rate do so in the days ahead.

A lecturer in the Department of Economics and Development Studies, Covenant University, Ota, Ogun State, Dr Oluwasogo Adediran, noted that there are evidences that the on-going global pandemic has taken a negative effect on the global economy with ripple adverse effects on not only Nigeria, but other similar volatile developing and emerging economies.

“This global health challenge is adding to the usual macroeconomic issues of lower output, fluctuating GDP growth, low income and consumer demand in Nigeria. As addressed by the International Monetary Fund (IMF)’s World Economic Outlook, Nigeria is facing multiple economic disturbances resulting from the health pandemic, which include: economic disruptions from the domestic health, workplace closure, disruption in supply chain, lockdowns in the absence of social safety nets, loss of income and heightened uncertainties.

“As at first week in August 2020, European Centre for Disease Prevention and Control (ECDC) gave the report that around 19, 076, 745 have been infected across the world with the recorded deaths of about 714, 618; while in Nigeria, over 45, 244 individuals have been reportedly infected with 930 deaths. The spill-over from this health pandemic, would be the adverse effects in terms of trade shocks, tighter global financial conditions and likely decrease in external investments and remittance flows following the expected slowdown in global growth.

“This may continue to put pressure on exchange rate and ultimately leads to more disruption of supply chain. Therefore, how has this health pandemic and the increase in Value Added Tax (VAT) influenced the rise in prices of consumables?”

He stated that the impact of the pandemic might continue to drive inflation rate higher than expected in an already susceptible economy like Nigeria. “This is evident where the cost of imports from our major trade and financial partners such as China and Europe may likely spike, leading to cost-push inflation, in addition to slowdown in the economy due to imminent lockdown in many economies.

“Therefore, Nigeria’s rate of inflation may continue to rise! For instance, according to the National Bureau of Statistics (NBS), Nigeria’s inflation rate rose further in June 2020 to 12.56 per cent (year-on-year), with 0.16 per cent points higher than the previous rate recorded in May 2020 at 12.48 per cent.”

“The implication of this is that consumers are now worse-off, due to their low purchasing power and inability to afford the same quantity of goods or services as they used to purchase before now. Meanwhile, bearing an imminent second wave of the health crisis, which could further threaten global economic growth outlook, and coupled with the absence of major disturbances to food supply in the Nigerian economy, inflation outlook for the rest of the year could be influenced the waning household income.

“Conclusively, economic pundits anticipate that the global pandemic will adversely impact the global economy with ripple negative effects on the Nigerian economy. However, the short-term response of the Nigerian economy through palliatives and financial injections to the critical sectors of the economy implies that the global pandemic poses a low risk of another recessionary episode as long as the right policy measures are implemented and sustained,” Adediran said.