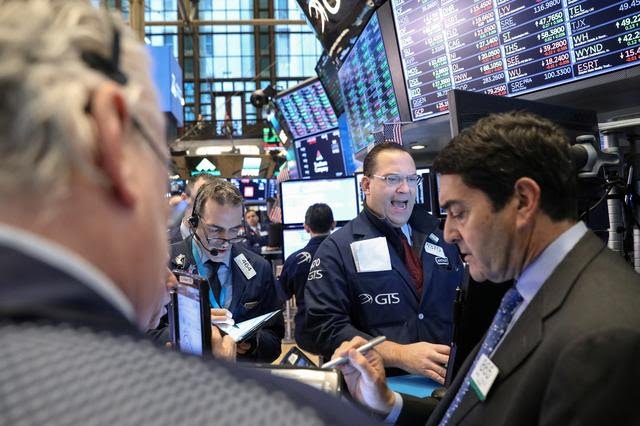 When the economic seas become stormy, investors usually tend to seek out “safe haven” assets — low-risk, low-yielding financial vessels — in which to place their money.

But, as in other areas of society, the coronavirus pandemic has skewed long-held ways of thinking.

Yield-hungry investors are venturing into ever riskier assets in their search for rapidly diminishing returns, their appetites whetted by the vast safety nets central banks have placed under their national economies.

Demand for so-called “junk” or non-investment grade bonds is booming.

By mid-August, a total $274 billion in junk bonds had been issued in the US, exceeding the total for the whole of 2019, according to data compiled by Bloomberg.

Europe, too, where the junk bond market is much less developed than on the other side of the Atlantic, saw an “acceleration” in the issuance of non-investment grade debt at the end of first half of this year, according to ratings agency Fitch.

A “junk” bond is the rather derogatory sounding term used where there is an increased likelihood of the issuer defaulting on their loan repayment.

In return for the increased risk of investing in them, the borrower promises the lender a higher rate of interest on their money.

But with some central banks now even agreeing to buy junk-grade bonds as part of a barrage of measures to keep credit flowing in their financial systems, investors are having fewer qualms about taking on such risk.

Central bank aid
As part of its pandemic-fighting strategy, the US Federal Reserve is supporting companies that have seen their credit ratings downgraded recently, such as Ford and Occidental Petroleum, by buying their bonds directly.

The European Central Bank is not quite at that point yet, but has agreed to accept them as collateral when banks borrow from it.

Over the summer, aluminium can maker Ball Corporation raised eyebrows by securing the lowest-ever borrowing costs for a US junk-rated company, paying an annual coupon of 2.875 percent on a 10-year bond.

By comparison, pharmaceuticals giant Johnson & Johnson, which enjoys a top-notch triple-A rating, issued a 10-year bond with a coupon of 1.3 percent.

Zombies and fallen angels
With terms such as “zombies” and “fallen angels” appearing increasingly frequently in the financial press, readers could be forgiven for feeling as if they have wandered onto a dystopian fiction during these coronavirus-ridden days.

“Fallen angel” is the term used for a company that has seen its normally solid — or investment-grade — credit rating slashed to junk because its business has been brought to a standstill by the virus lockdowns.

French hotel chain Accor is one such example and was relegated to junk status by S&P in August.

For asset managers, the key question is how much risk to continue taking on while the economic cost of the pandemic is still being counted.

“Companies which were already in a bit of difficulty before are even more so now,” said Alain Krief, head of fixed income at Rothschild Asset Management.

“That’s our job, identifying them and not necessarily investing at all cost,” he said, pointing to ailing companies in sectors such as car rentals or auto parts supply.

Dawn of the corporate dead
The huge concern is that so-called “zombie” companies could make the downturn still worse.

These are businesses whose interest costs exceed their annual earnings and have been kept alive by years of cheap borrowing costs, not least thanks to state and central bank rescue programmes.

According to rating agency S&P Global, Europe’s speculative-grade corporate default rate is expected to more than treble to 8.5 percent by the middle of next year, and in a more pessimistic scenario it could leap as far as 11.5 percent.

“Expansive monetary and fiscal support could lessen defaults over the near term, but, with basic revenues flagging, the proportion of ‘CCC’/’C’ issuers has risen sharply, raising default risk,” S&P wrote in a recent study.

Marina Cohen, head of high yield Europe at Amundi Asset Management, said the risk of corporate defaults would merely be delayed, but not allayed completely.

“It’s the specific risk of this crisis that has led the authorities to act so quickly. But instead of seeing an immediate wave of bankruptcies, we will probably now see a lag in corporate failures,” she said.

“There is liquidity in the short term, but companies that don’t have good capital structures will logically default” later.

The increase in the numbers of “living dead” companies is also setting off alarm bells in some financial circles.

“If one company out of every six in Germany becomes a ‘zombie’ because of rescue funds and delayed insolvency applications, then that will have serious consequences on the productivity of the (German) economy,” said Deutsche Bank chief executive Christan Sewing last week.