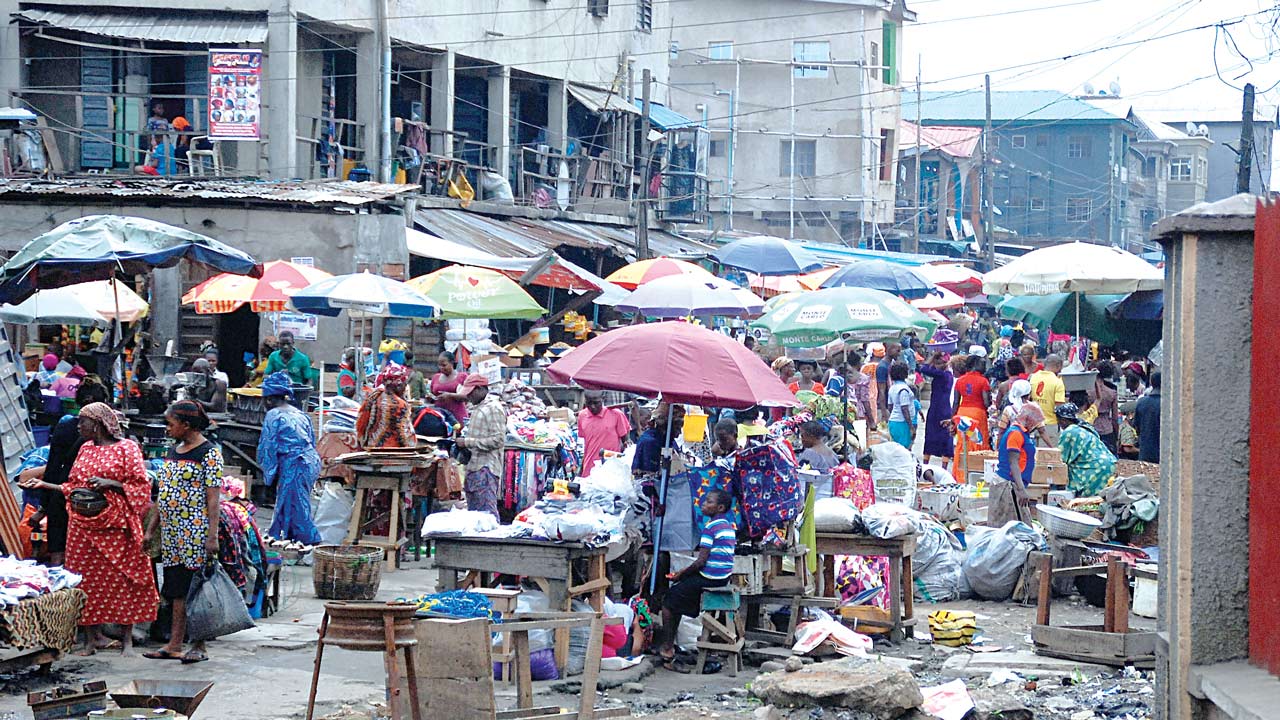 Less than a month to Christmas, Adaku Onyenucheya reports that most Nigerians might be unable to afford basic food items needed to have a fulfilled celebration.With prices of foodstuffs increasing by the day, Nigerians may face famine amid economic downturn. The Guardian investigation revealed that prices of foodstuffs have doubled, and in some cases tripled, as traders attribute the rise to effects of COVID-19 pandemic, #EndSARS protests, border closure, increase in petroleum motor spirit (PMS) and insecurity in the North.

Traders said prices of foodstuffs, in line with tradition, are supposed to come down by now. They noted that what is happening is extremely unusual.

The Guardian found that in the last two months, prices of foodstuffs such as rice, beans, garri, yam, tomatoes, onion, pepper, palm oil and vegetable were at least 20 per cent cheaper. As the day passes by, the prices record an astronomical increase.

A trader who identified himself as Usman said the prices of foodstuffs would continue to skyrocket on a daily basis. Aliyu Hassan, who sells onions, tomatoes and pepper at Ile Epo market said: “A bag of onions now is N70,000. It was previously for N8,000.

He said the low patronage has also affected his business in terms of profit-making and loss, noting: “We no longer see customers like before, we are just managing. Only a few customers buy presently.

“Activities of Boko Haram and herdsmen in the north are preventing our farmers from planting, which is causing scarcity of food with the little ones available expensive to get.”

At Ikotun Market, Dorcas Opeyemi said a bag of onion is now sold for N75,000, the highest she has witnessed in her lifetime. He noted that in the past few months, the same bag of onion fluctuated between N15, 000 and N12, 000.

She said for the dry onion, they are sold between N85,000 and N90,000 per bag, adding that tomatoes have increased from N7,500 to around N20,000 within a month. The price of pepper has also gone up drastically.

She attributed the increase in price to the continuous border closure, saying: “When the border was not closed, the influx of tomatoes made the prices cheaper.

She said: “Border closure has contributed to the increase. If the government opens the border now, the prices of tomatoes will reduce to N3, 500 per basket. The prices of foodstuff have tripled and are increasing by the day. Tomatoes, pepper and onions are unaffordable; it is affecting us. We hardly recover the capital much less profit. Customers complain about the prices.

“We buy the pepper and tomatoes from Mile 12 and Oke Odo market, where those who go to the north to buy the tomatoes sell them. Those that went this morning could not buy any goods, sometimes we go at night to buy because some of the goods come in at night.”

“Yam is expensive now. We buy 100 tubers of small yams for N100,000. Before we buy at N17,000 or N19,000. When customers come and we tell them the price, they refuse to buy. We travel to the north to buy the yams at an expensive rate and then come back to sell based on the amount we bought them.

On where he gets his rice, he said: “We get from Nigeria here, we don’t go outside to buy, we buy sometimes from companies that produce them here, while sometimes we order and they bring it to us.”

“Customers are complaining so much because people don’t have the money. You see some people that are supposed to buy a bag of rice buying little because of the high prices and lack of money.”

He attributed the increase in transportation fare as one of the causes of a hike in foodstuff prices as he gets them from the southeast part of the country.

“The Governments are not doing as well. They increased the electricity tariff, increased fuel price, so when we want to transport our goods, the drivers charge us more. All these factors cause an increase of goods in the market. This has affected my business badly, the customers are all complaining, they are not buying, since today we have not sold anything because of the price increase,” he lamented

Felix Opara, who sells in Ikotun market said: “The price we buy before is not what we buy now. When you buy today and go back tomorrow they have added money to it and we end up buying little quantities rather than the large quantity we wanted to buy.

“When you go and buy 10 bags of rice at the rate of, let’s say N26,000 and when you can’t sell everything by that time – going forward, if the market price drops and it becomes cheap, you end up losing because the prices are not steady

“Starting from when we start a lockdown everything is not easy for us. Immediately after the lockdown started, the prices of goods went up. Although, during the #EndSARS protest the prices came down a little bit because the borders were open for people to bring in goods.

“But as of now it has gone up and we are trying to make people understand that. Even the customers are not cooperating. When you tell them the price they shout,” he said.

“We are tired and just managing. When you take a particular amount of money to buy the things you are selling, especially this oil, customers will be complaining as if you want to cheat them whereas it is what you buy you are selling.

“We keep explaining to customers how much we bought it the last time and how much it is sold now. The company that produces this oil here in Nigeria should help us.

“The price increase has affected my business a lot. The money we use in buying two cartons, we use it to buy one now. You can see that the gap is too much. My shop is scanty because there is no money to fill it and the Government needs to do something about it. The prices are so high and we don’t know what we are doing now. We are just confused,” she lamented.